Facelift
Before & After Gallery | Patient 17 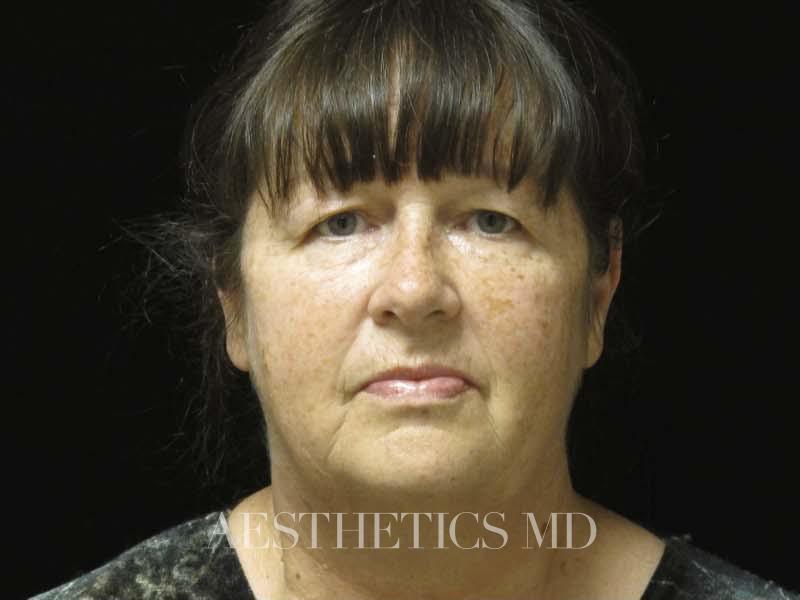 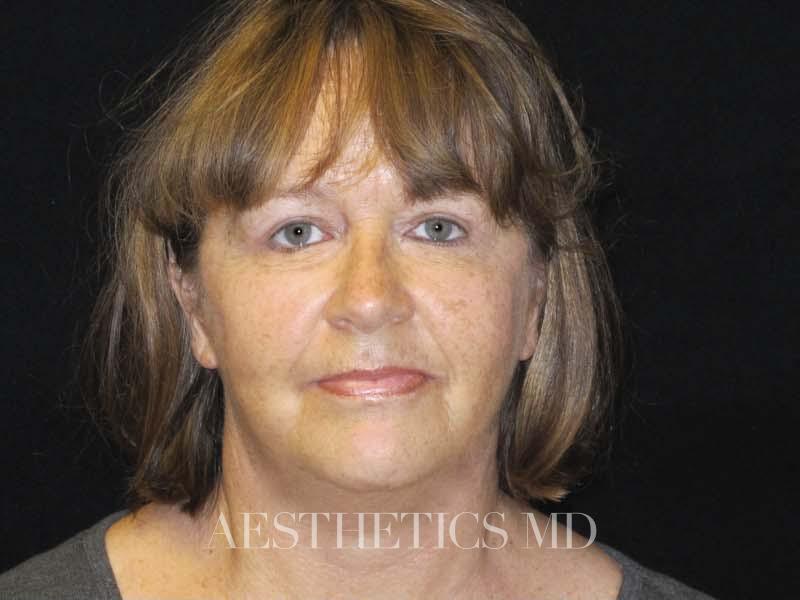 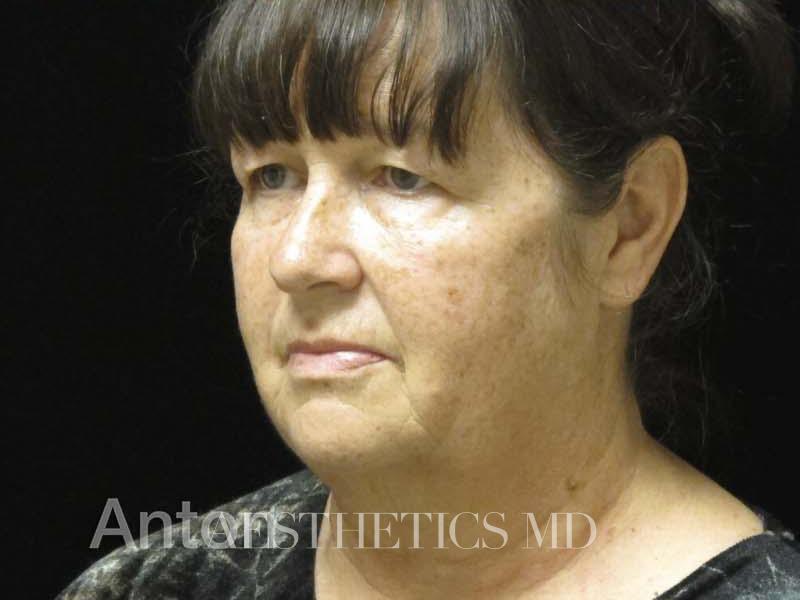 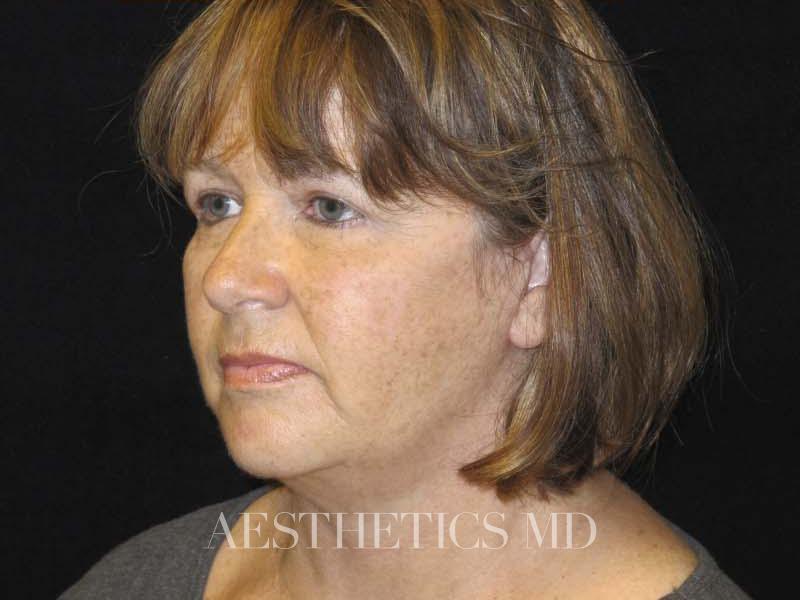 This patient wanted a facelift at the age of 57 because she was bothered by her marionette lines, sagging jowls, and loose neck. She had never done Botox or facial fillers before this procedure. She had a full facelift at the SMAS (sub-muscular aponeurotic system) layer, this deeper layer is made of more inelastic, fibrous tissue that can hold the tension when elevated and repositioned. This layer is key to a natural appearing facelift as the overlying skin was then re-draped with minimal tension, giving her the most natural results that best withstand the test of time. Her incisions were made in the hairline and follow the inside crease of her ear and behind her earlobe, making the scars hidden and unnoticeable. She also had an upper and lower blepharoplasty (eyelid surgery) to remove the excess skin and give her eyes a more open and refreshed look. During this surgery she also had liposuction of her neck and jowls to help further tighten the loose skin. This whole procedure gave her an overall more youthful and thinner appearance. These photos were taken 2 months after her surgery.